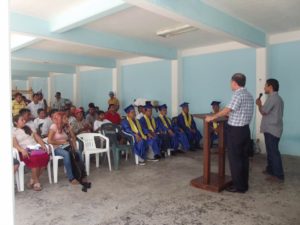 LIT Mexico opened its doors on March 5, 2011 in Playa del Carmen with 25 students.  It is a 2-year Bible school very much similar to our school in Cuba and is headed by Gabriel and Nadesda Morales Duran.  Mexico is a country with immense opportunities for church planting and evangelism.  Our continuing prayer is that LIT will be instrumental in expanding God’s Kingdom.

In March of 2013, God opened doors for LIT to reach the lost in the prisons of Mexico.   We began with the local prison in Playa Del Carmen and have expanded to include the prisons located in Cancun and Cozumel.

LIT has expanded into Chetumal, Merida, Acapulco, and several other locations across the nation.